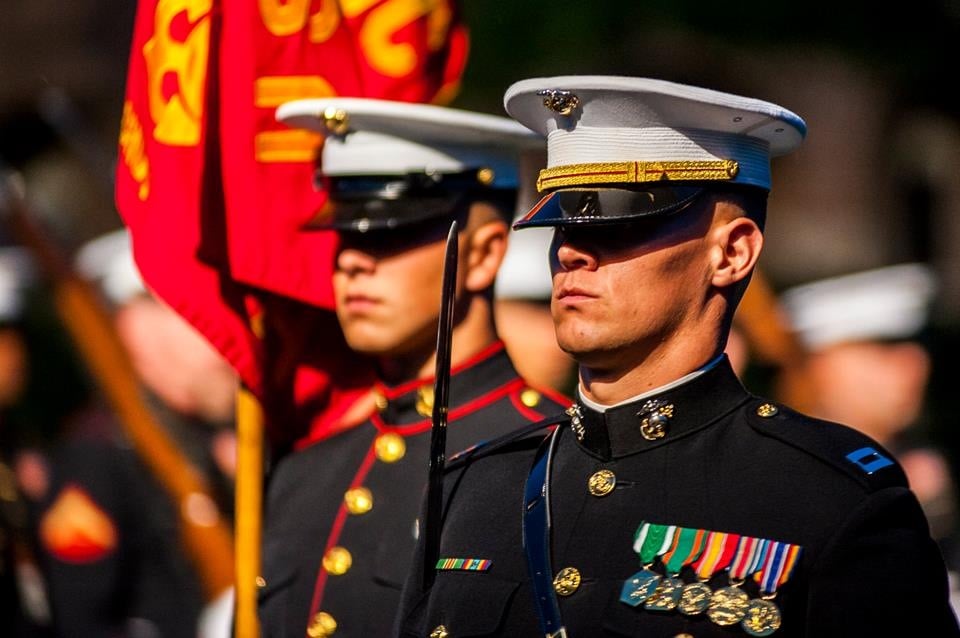 How everyday exposures can negatively impact brain functioning and potentially lead to progressive neurological disease. More importantly, how to prevent them.

Last week, Marine Corps Major Tyler Tidwell passed away due to amyotrophic lateral sclerosis (ALS) complications. Tyler was a United States Naval Academy graduate (Class of 2007) and a stand-out Midshipman playing the linebacker position. Tyler served as an infantry officer for 13 years and deployed three times in support of the Global War on Terror; he participated in training and operations across numerous countries, including Saudi Arabia, Oman, Jordan, Iraq, Turkey, Kuwait, Bahrain, UAE, and Djibouti during his military career.

Shortly after his last deployment in 2018, Major Tidwell began experiencing muscle weakness and slurred speech that wouldn’t subside, and in the fall of 2019, he was diagnosed with amyotrophic lateral sclerosis (ALS). The disease had progressed rapidly, taking away Major Tidwell’s ability to speak and the use of his arms, hands, and legs.

ALS is a progressive neurodegenerative disease that affects nerve cells in the brain and spinal cord, resulting in muscle deterioration and loss of movement. Because it is a progressive disease, early stages of ALS and concurrent symptoms may be overlooked, especially in the young, otherwise healthy post-9/11 veteran population. As the first symptom was in Major Tidwell’s story, muscle weakness and loss are often the first symptoms. Other symptoms can include trouble swallowing, speaking, limb weakness, and cramping and over time, the condition becomes paralytic, and fatal due to motor neuron degeneration.

ALS creates a problematic diagnosis for post-9/11 veterans because some initial symptoms are common for military occupations. Differential diagnoses can range from cervical (neck) strain, herniation or injury, neuropathy (nerve pain, numbness, tingling in legs or hands), and many others. While an MRI is typical for these types of symptoms, MRIs should not be used to rule out early-stage ALS as most early cases of ALS appear entirely normal. An electromyography (EMG) records electrical activity waves in muscles and is the preferred first step.

It is a poorly understood disease, is difficult to predict, and has minimal attention outside of the 2014 “Ice Bucket Challenge”. And for those who don’t know the back story, the Ice Bucket Challenge, where you pour a large bucket of cold water mixed with ice over your head, is to simulate the feeling of how ALS feels in the short amount of time the cold water hits your back and shoulders.

In 2008, the Secretary for Veterans Affairs, Dr. James Peake, said, “Veterans are developing ALS in rates higher than the general population,” but how much higher, and why? That same year, the VA created a presumptive service connection for ALS, stating that 1,055 veterans die from ALS each year. Approximately 90% of diagnosed ALS cases occur without a family history or genetic cause; on average, most cases are diagnosed between 58 to 63 years old.

A 2020 study published in Military Medicine titled “Amyotrophic Lateral Sclerosis Among Veterans Deployed in Support of Post-9/11 Conflicts” found that over 14 years at war, the ALS diagnosis rate is 19.7 per 100,000 service members – a little less than 1,000 diagnoses in the 3.7 million who deployed during the Global War on Terror. While this number may seem small in retrospect, the civilian rate and national average are 5.2 per 100,000. The age at diagnosis is also vastly different; post-9/11 veterans’ average age is 36.3 years, versus the American civilian, diagnosed at 59.3 years.

It is interesting to note and follows a similar path as cancer trends: Air Force personnel, i.e., pilots, aircraft maintainers, crew members, missile technicians, and support assets, all have a substantially higher prevalence of ALS than their fellow branches – 35.1 per 100,000. Other service-specific occupations also had an increased incidence rate, including tactical air operations and healthcare workers. The suggested variation in rates among military branches may indicate that there are disproportionate exposures and factors experienced by certain military personnel, as Marine Corps service members (similar to cancer trends) have the lowest percent and proportion of ALS.

We pulled the data on various occupational and military-related toxins that have a potential neurological impact, a few examples are included below:

Small airborne diesel exhaust particulates are a concern for many illnesses and exposure-related conditions. As exhaust particles are a combination of chemical compounds, it is considered ‘biopersistent‘ and may carry additional chemical compounds on its surface such as mycotoxins and heavy metals. As a result, long-term exposures in closed or stationary areas the chemicals have the potential to enter the through respiratory inhalation and cause an oxidative stress reaction that leads to systemic inflammation and subsequent alterations/mutations in the genome. A similar trend is seen in populations living close to airports or high-traffic congested areas.

Similar to diesel engine exhausts, aviation-related fuels such as JP-8, a kerosene-based fuel that is used routinely in Air Force aircrafts, military equipment and generators is a common chemical exposure for Air Force personnel but also those involved in military aviation (i.e., ground crew, fuelers, maintenance, and support elements). Of course, aircraft engine type (thrust) and type of fuel used both make a difference in exposure type / amount. You can learn more about jet fuel concerns here.

Of course, burn pits are a hot topic and require some attention as a potential, additive source to ALS. Two studies completed on Operation Iraqi Freedom veterans by the HunterSeven Foundation reviewed pre- and post-deployment exposures with the main focus being burn pits. While there was a drastic increase in symptomology, a key factor in this is believed to be related to desert-specific hazards, high winds, small airborne particulates and Iraqi leaded gasoline in in addition to burn pit emissions.

Positive associations between ALS and exposures have been determined in those exposed to herbicides, pesticides, and certain metals such as lead, CARC, and hexavalent chromium paint(s), depleted uranium for munitions/armor, and close-range missile explosions. As we improve with technology, we can assume our clinical cases of cancers and neurological disorders will follow suit.

Another suggested causal association is the use of pyridostigmine bromide (PB) pills and ALS during the Gulf War (1990-1991) as a “pre-treatment” to protect service members from the harmful effects of organophosphate nerve agents and chemical warfare.

Notably, the causative environmental exposure(s) likely occurred years before the disease onset (5-10 years), proving the importance of systemic exposure monitoring for neurotoxins such as lead shortly after the potential exposure. For instance, lead accumulates in bones with a half-life of up to 30 years. You’ll notice that for many, the onset of illness or medical issues does not arise until retirement. In theory, as a result of aging and decreased activity, metals like lead can be mobilized from bones, thus internally extending and presenting potential exposures that may have initially occurred years ago. Oddly, we see this happen quite often.

Despite your chances of being diagnosed with ALS being less likely than being diagnosed with cancer, it is still a valid concern in terms of understanding which toxins you’ve been exposed to and taking preventive measures to avoid neurotoxicity. We recommend wearing protective gear when working in these types of environments. One company we’ve worked with in a great amount is GENTEX Corporation, and their subsidiary arm, Ops-Core in the study and utilization of the “Special Operations Tactical Respirator” (SOTR) that protects against and has a filtration rate of 99.7% of small airborne particulates including those mentioned above. External to that, any concerns you may have about occupational exposures, reach out to your provider, mention it to them. Heavy metals testing is do-able through urine and blood, and an investment in your body now will pay dividends later.