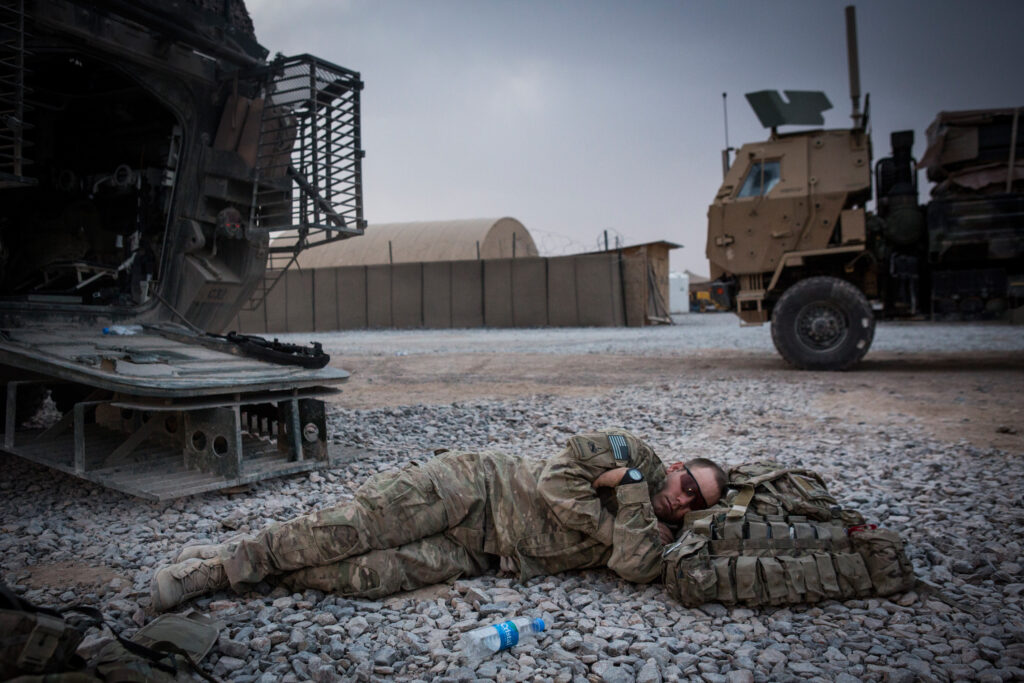 Obstructive sleep apnea (OSA) affects approximately 5-20% of the general American population with roughly 80% of people suffering from moderate to severe OSA going undiagnosed. In early 2021, OSA had been described by healthcare professionals as a hidden health crisis that carries a colossal financial burden in exacerbation of co-existing medical problems, workplace, and motor vehicle accidents. To understand the impact and importance of damage, identification, treatment, and recovery of OSA, the physiological mechanism of action must be addressed.

Despite the majority of diagnosed OSA cases occurring in older adults over the age of 50 years or in those with a Body Mass Index (BMI) greater than 25 kg/m², OSA is not necessarily isolated to those specific cohorts. It is of importance to note that recent epidemiological studies have displayed military veterans, explicitly those who have served overseas in pre- and post-9/11 conflicts (Iraq, Afghanistan) are at risk for OSA at a rate three to seven times their civilian counterparts with one publication by the HunterSeven medical team stating 35% of Operation Iraqi Freedom veterans required a diagnostic polysomnogram in response to complaints of disrupted sleep, excessive daytime sleepiness, and lack of energy after returning from their military deployments.

While deployed, military members receive approximately 4 to 7 hours of [interrupted] sleep nightly. The lack of sleep, chronically elevated stress levels, brain injuries, exposures to airborne hazards, and environmental toxins has been noted to place military members at a heightened risk for OSA at ages as young as 18 years old. In addition, an investigation into the majority of non-combat-related deaths and injuries has been a result of the poor cognitive function relating to inadequate sleep.

It is imperative to remark on the post-9/11 veteran cohort as an increasing at-risk population for obstructive sleep apnea and assure adequate health assessments, screenings, and secondary preventative measures are established to identify, treat and subsequently counteract the risk of long-term illness and avert unnecessary medical costs as their risk of OSA is 3.64-times to 7.11-times higher.

“Obstructive sleep apnea” is just that, obstructive meaning the [repetitive] collapse of the pharyngeal airway causing an obstruction, and apneic episodes where the individual stops breathing for a few moments to minutes over the duration of sleep leading to the potential for “hypoxemia” – the below-normal level of oxygen in your blood, specifically in your oxygen-transporting arteries. Brain injury or death can occur in different ways, one being the lack of oxygen-saturated blood traveling through the brain’s two paired arteries (vertebral, internal carotid). Drowning or underwater submersion are examples of how damaging a lack of oxygen to the brain can be to cognitive function and inflict potential pathological and neurodegenerative processes on brain functionality.

The damaging health consequences of OSA are a direct correlating result of that repetitive and intermittent hypoxemia. The lack of oxygenated blood circulating in your arteries enacts a physiological activation where your body becomes stressed as the oxygen requirements are not being met or maintained. This cascade is like a “domino effect”, it begins to trigger hemodynamic changes (alternations in blood pressure, heart rate, etc.) because of alternations in the autonomic nervous system which carry over into wakefulness. In turn, this cascading effect of decreased oxygen causes oxidative stress, neuroinflammation, and subsequent neuronal death within the brain. Sleep is the brain’s “built-in” restorative process that is critical in cleansing the brain of toxins, amyloid, and tau proteins. If adequate sleep is not achieved and the brain is fighting the body for oxygenated blood, neuroinflammation will occur and the swelling will significantly slow down (or potentially halt) this restorative sleep process. As proteins and toxins continue to increase within the brain, the chances of being diagnosed prematurely with Alzheimer’s disease, dementia, and hypertension while increasing your risk for systemic infections, stroke, heart failure, and insulin resistance. So, can OSA cause brain damage? The short answer is yes, especially if no medical intervention is enacted.

White matter in the brain refers to the myelinated tissue deeply rooted central nervous system where neuronal messages pass through and communicate between grey matter. Cognitive functioning and process rely deeply on the brain’s “white matter” to operate adequately. Studies have shown that moderate-to-severe OSA untreated leads to ischemic structural damage to the brains’ white matter, in turn causing prolonged messages to be sent and received. In addition, patients with untreated OSA showed mild wasting (atrophy) in the brains’ gray matter in areas specific to cognitive function, memory, pleasure, and hormone production.

Luckily, studies show brain injury as it relates to white and gray matter deterioration and atrophy can be reversible with proper treatment and with cessation of modifiable risk factors. CPAP therapy is currently considered the global standard in treating OSA and has been shown to effectively reduce daytime sleepiness, and limit cogitative impairments in both the long and short-term. The importance of recovery is dependent on the length of CPAP treatment. For example, someone who has severe OSA is over the age of 60 years and went undiagnosed for a decade will require a longer period of CPAP treatment than someone younger with mild OSA. The key to recovery is dedicated use of the CPAP machine and that is where those who continue to suffer from OSA lapse in care as the machine may be uncomfortable and unsettling.

However, imaging studies imply that OSA patients treated with a CPAP for 8-44 months had observed extensive gray matter volume increase in the frontal and hippocampal regions of the brain (cognitive, learning, memory functionality), suggestive that the long-term duration of CPAP treatments may be necessary to observe reversible brain damage visually and physically. Contrary to grey matter regeneration, white matter recovery is not as clear as there is little evidence supporting the healing of damaged myelin.

All-in-all, CPAP treatment has been found to treat but also slow down OSA-induced grey matter damage overall is suggestive that myelin damage may be permanent from oxygen deprivation and ensuing adverse effects.

How can someone with sleep apnea receive proper diagnosis and treatment?

Like any medical diagnosis, early identification and intervention are critical in long-term health and wellness. Those who sleep alone are less likely to be diagnosed as they do not self-witness their own behaviors, therefore understanding the risk factors and symptoms of OSA is critical to understanding and properly seeking treatment.

In the identification of OSA, the spouse or partner is a powerful tool as they are the ones who observe the disruptive, snoring behavior of apneic episodes throughout the night.

The most effective process is being assessed and treating OSA is to make a daily journal, including dates, times and hours slept. Keep track by documenting any signs or symptoms and a list of your potential risk factors.

If you believe you are showing symptoms of OSA, call your primary care provider and ask to schedule an appointment, bring a copy of your daily journal, and voice your concerns to your provider. The supplemental list of risk factors and symptoms is a visual assurance to your doctor that this is a concern with supporting documentation, this will better allow your primary care provider and healthcare team to assure you get the most effective, individualized care possible.

You are your own best advocate, and you understand your body better than anyone else, OSA treatments are easy, affordable, and effective and are known to be life-improving. Read our custom one-page brief on sleep here.

Contact your local Department of Veterans Affairs Environmental Healthcare Coordinator for more information here: https://www.publichealth.va.gov/exposures/coordinators.asp for your free registry evaluation or health concerns relating to toxic exposures while serving in the military.

Do be advised, the Department of Veterans Affairs announced on February 15th, 2022 that it would conduct a review through the VA Schedule for Rating Disabilities (VASRD) on respiratory disorders, including sleep apnea.