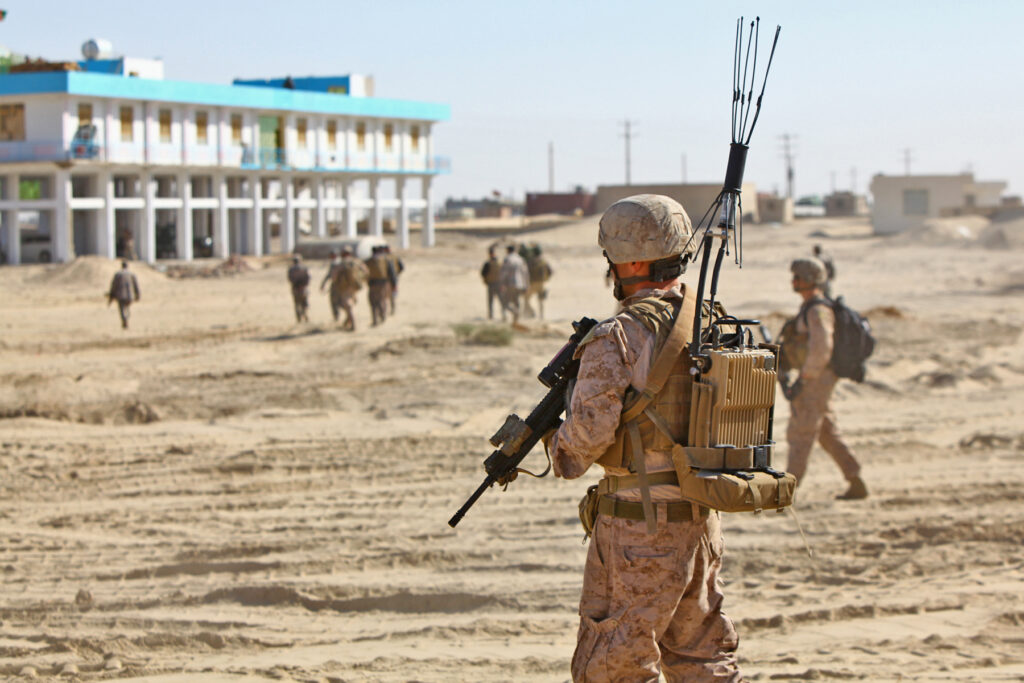 April is Testicular Cancer Awareness Month. According to the National Cancer Institute, testicular cancer is the leading cancer in males aged 15 – 44 years – an age range that 90% of military males fall under. Statistically speaking, every hour in the United States, one male is diagnosed with testicular cancer. Approximately 9,910 new cases of testicular cancer will arise in 2022. The good news is testicular cancer is very treatable if detected early on. Early identification yields a 5-year survival rate of 95%.

We reviewed the 2018 data from the National Cancer Institute Surveillance, Epidemiology, and End Results Program (SEER) on testicular cancer. We found an observed rate of 6.0 per 100,000 new diagnoses, approximately 8,850 to 9,000 newly diagnosed males with testicular cancer in the United States. Johns Hopkins Medicine states that the average American male has about a 1 in 270 chance of developing testicular cancer in their lifetime, averaging at age 33.

In my civilian job working as an advanced practice registered nurse in an emergency setting, I hadn’t seen many cases of testicular cancer, and thinking back to those I knew outside of the military, I cannot remember anyone who had this cancer. When I consider the work through HunterSeven, I don’t have enough fingers to keep track of how many post-9/11 veterans with testicular cancer we’ve supported or crossed paths with.

The Joint Pathology Center hosts the current cancer registry in use by the Department of Defense (not for public use); we tapped into the numbers and pulled the statistics for active-duty males diagnosed in 2018 with testicular cancer. We randomly chose the focus year based on convenience. and At first glance, the numbers from the DOD didn’t stick out.

Nothing truly mind-blowing at face value. However, we did our due diligence and determined the incidence rates (meaning, the rate uses a proportion to display the number of new events/diagnoses during a specified period) of post-9/11 active-duty service members diagnosed with testicular cancer in 2018. The United States Air Force had the highest incidence rate (77 per 100,000 Airmen), followed by the Army, Navy, and the Marine Corps. After looking at the DOD and accounting for the workforce differences by branch, the weighted incidence ratio of testicular cancer in active-duty service members in 2018 was 57 per 100,000. Another study doubles down and finds aviators, specifically fighter pilots need to be on the lookout for TC.

For those who do not want to nerd out on epidemiology and public health, that is an EXTREMELY high ratio for our nation’s most elite, most fit, and considered our top 1%. That is nearly seven times higher than the civilian male population.

Even more curious than before, we conducted a brief literature review to determine potential causing factors, the likelihood of hereditary conditions or genetics, toxic exposure risks, etc. What we found on cancer.org was precisely what we had expected, topical and generic information that pertains mainly to the average male, not so many military males. Cancer.org described risk factors as primarily being related to “an undescended testicle, family history, HIV infection, history of testicular cancer, white, and tall in height.” Considering you cannot enlist or commission into military service if you are HIV positive, have a history of testicular cancer, or suffer from an undescended testicle, and only 10% of those diagnosed have a genetic predisposition, this list doesn’t cut it for us.

An academic publication from De Toni et al. (2019) reviewed genes, environment, and hormones about testicular cancer. It is a no-brainer that everything crosses lanes; cancer is not a linear process, meaning genetic, environmental, and hormonal risk factors concur and mutually influence each other – like a domino effect. This paper did a deep dive into man-made environmental chemicals and thermal stress exposures, which sums up the entire Operation Iraqi Freedom cohort.

Testicular cancer’s environmental risk factors such as those our male service members face can be distinguished into three main categories: microbiological, chemical, and physical.

Blood “Biomarkers” that can stay in your body (ranging from 24 hours to 7 days) help in identifying potential testicular cancer include:

Those are the gold standard starting point if there is a question or concern about testicular cancer, followed by an ultrasound or scan. BUT, there have been times when higher levels of HCG (mid-to-late stage testicular cancer) can actually cause a positive pregnancy test. That is right, males with testicular cancer have urinated on an over-the-counter pregnancy test, and it has come back positive. But of course, this isn’t a reliable, totally accurate test.

All in all, testicular self exams every time you are in the shower isn’t a bad idea, we actually advocate for such activities. Being proactive and preventive, checking for lumps, bumps, pain, swelling, anything and everything that may seem abnormal or out of place because testicular cancer can be misdiagnosed. Army veteran Carson Thomas was a healthy, 20-year old infantryman who was told his pain was a hernia but after eight doctors visits over a 3-year span, tons of Ibuprofen, a “dead mans” profile, and an honorable discharge, it took “an exploding lymph node” in his collar bone / neck area and 10 out of 10 pain before he received a proper diagnosis. Several years of mutating testicular cancer that had spread from his right testicle and climbed up his left side of his body like a vine, wrapping around his kidney, liver, under his heart, around his lungs, neck, and finally his lymph nodes. Wow.

Other veterans, like close friend of the HunterSeven Foundation, Jonathan Daige “JD” was diagnosed with testicular cancer at 29. He deployed to Iraq with the Army in 2003, thought (similarly to Carson) he had pulled a muscle after feeling some severe groin pain. He deployed again in 2005 to 2006 and returning home to Massachusetts where he became a police officer. By 2013 he went to the emergency department for what he thought was a hernia. Several tests later, he was diagnosed with testicular cancer (that spread to a few other places, lungs, brain, lymph nodes), but JD recovered, and founded “Thin Blue Ride” to help fellow police officers and veterans in similar situations. If you are battling cancer and need some motivation, we’ll put you in contact with JD!

So, to wrap this all up:

First, check yourself. Instructions can be found here.

Second, make an appointment with your local VA Environmental Healthcare Coordinator, have your exposures documented.

Third, keep your appointments. Annual physicals, health assessments, specialist appointments. All of these are important although you may not think so now.

Remember, being proactive is always better than falling behind and being reactive!