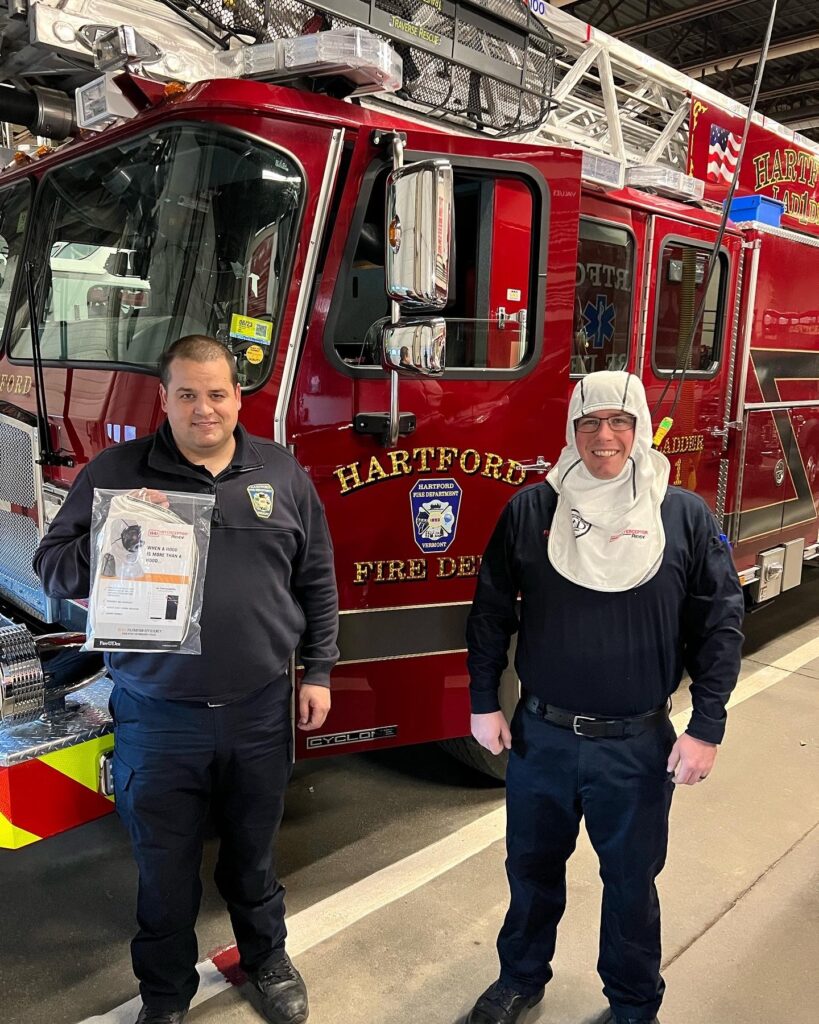 November 7th marked the one-year passing of Army sniper and Hartford Firefighter Wesley Black. Wes passed away last year at 36 years old from terminal colon cancer following his tours in Iraq and Afghanistan with the Vermont Army National Guard. In early 2017, Wes, at 32 years old, was diagnosed with late-stage colon cancer with metastatic disease in his liver after living years with undiagnosed symptoms. Despite his pain and metastatic cancer, Wes continued to serve as a Hartford, Vermont, Firefighter, and AEMT while undergoing harsh rounds of chemotherapy and cancer-related treatments.

Wesley fought hard to advocate for others by speaking up when something felt off and voicing their symptoms and healthcare concerns with their medical providers and care teams. Most importantly, he fought for providers to be more effective in their care delivery, as he was misdiagnosed for so long. Before his untimely passing, he pushed legislators for increased screening to allow other post-9/11 veterans a fighting chance.

The HunterSeven Foundation, in honor of Wesley Black, used funding from our colon cancer awareness “Adventure Awaits” shirts and bought (30) protective H41 Interceptor Hoods with STEDAIR Prevent for each member of the Hartford Fire Department, totaling $4,100 through Reynolds and Sons, Inc. in hopes of keeping Wes’ teammates, fellow veteran firefighters safe from airborne carcinogens and to prevent cancer.

“We know that colorectal cancer is one of the most frequently diagnosed cancers in post-9/11 veterans, and many of those veterans like Wes leave the military and continue to serve in other ways, such as public service. Firefighters are upwards of 45% more likely to be diagnosed with colon cancer versus the general public, so we are hoping these protective hoods will provide awareness, education, and most importantly prevent cancer,” said Chelsey Simoni, clinical nurse researcher at the HunterSeven Foundation.

The HunterSeven Foundation was named in honor of the late Army SgtMaj. Robert J. Bowman (Callsign HUNTER7) passed away from military service-related cancer. Established as a nonprofit organization in late 2018 by medical providers and post-9/11 veterans who noticed the increasing problem and were determined to assist with a solution. The foundation is unique in as it is the only organization supporting post-9/11 veterans by conducting evidence-based research, providing clinical education, and physically screening those at risk for cancer while supporting those currently battling cancers through our immediate medical needs programs.