Military Veterans: is PTSD to blame? Informative Ways to Protect Your Health. 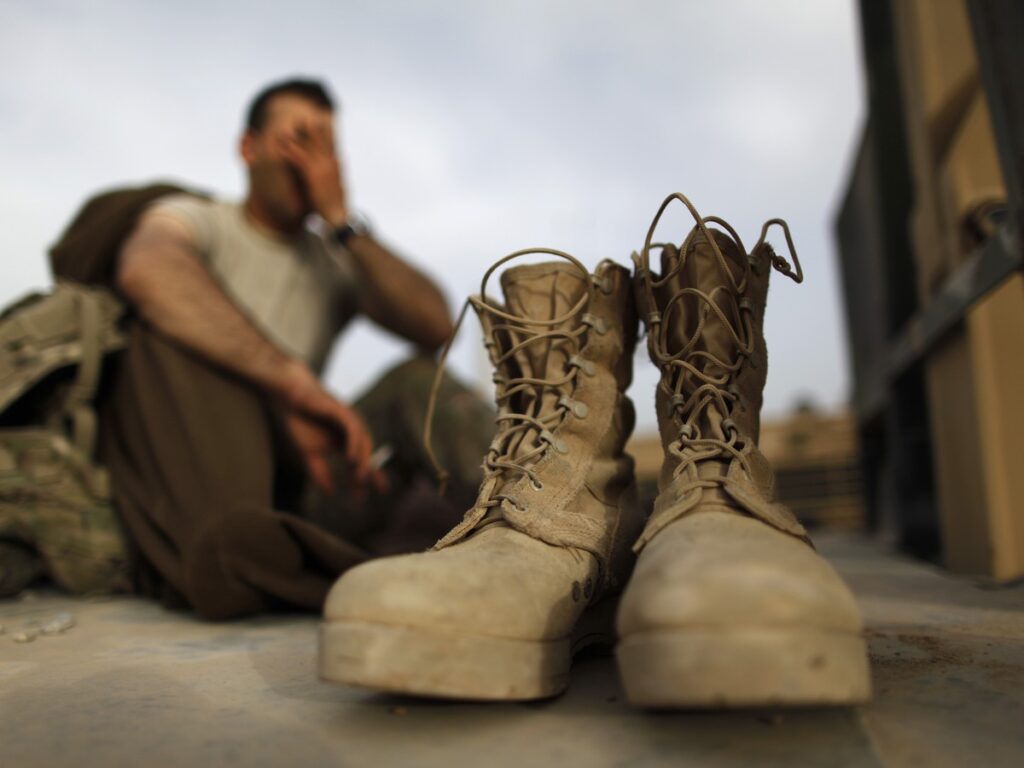 Do all of these post-9/11 veterans have PTSD? Or are their symptoms overlapping with a medical condition?

The Cohen Veterans Network conducted a study at the end of 2021 that surveyed the American population on their perspectives of veterans and mental health assumptions. What they determined was that 3 out of 4 (74%) Americans believe combat veterans suffer from post-traumatic stress disorder (PTSD). A quarter of those individuals believe that those with a diagnosis of PTSD are violent, and dangerous in nature.

In reality, the Department of Veterans Affairs states the number is approximately between 2 in 10 (20%) of post-9/11 veterans and very few (if any) are a danger to others. These are the misconceptions that really further the gap between civilian and military veterans and it is truly unfortunate.

Now, for those who do not know Dr. Chris Frueh, he was one of the first to coin the term and publish on the topic widely known as “Operator Syndrome” which reviewed the unique, holistic perspective of Special Operators’ multi-factorial health conditions that counteract and interact widely within each other. An additional study followed shortly after, completed by (current) 7th Special Forces Group Commander, Army Colonel Kevin Trujillo, and former Assistant Deputy of Medical Affairs, Army Colonel Warren Stewart during their time at Harvard University as National Security Fellows. The study, titled “Modern Warfare Destroys Brains” looked uniquely at brain injury and the comorbid effects following exposures, and risk mitigation as the symptoms are so closely aligned.

These two papers are forces of change in the sense that post-traumatic stress is widely misunderstood and over-generalized in many different aspects. It is still concerning as to the actual term being grouped as a “disorder”, as suffering from post-traumatic stress is a normal reaction to an abnormal situation. A “disorder” really solidifies the line and widens the gap between the population that most veterans try so hard to reintegrate into.

Dr. Frueh recommended a book a few months back, called “Wounding Warriors: How Bad Policy Is Making Veterans Sicker and Poorer” by LtCol. (ret.) Daniel Gade, Ph.D. and amputee. He wrote poetically “These days, service members seemingly detach from the general public and disappear into the removed reality of the Armed Forces for years. When they emerge again, they return to a world that mystifies its soldiers and mythicizes their sacrifices… Civilians celebrate and honor them, but view them as spectacles, treating them as “other”, cast apart from civilian society, veterans describe living behind a barrier…”. This is very true as it is supported by the notion that Americans believe combat veterans have PTSD and are dangerous as a result.

It is a misleading narrative that the mainstream media and Hollywood movies play directly into. They don’t show the Army specialist who eats a giant grasshopper in Iraq for a pack of cigarettes, or the holiday “fun runs” and USO tent that flew in country music singer, Toby Keith. Much time spent overseas is “hurry up and wait” or at the Green Beans coffee shop, many service members deployed and spent an entire rotation in the Green Zone performing similar jobs as civilians have stateside. Of those who deployed during the post-9/11 era wars, only around 15% had actively engaged in combat with 5% assigned to combat operations.

A study our team at the HunterSeven Foundation completed this past month (courtesy of the BRCC Fund) that is in publication currently, found that 93% of civilian nurses believed that post-9/11 veterans were most likely to suffer from mental health issues including suicidality, post-traumatic stress, and addiction whereas 7% believed they were more likely to experience medical conditions. Those are drastically different numbers on the spectrum.

Is it mental, or medical?

Our argument was that as of 2020, 27% of post-9/11 veterans faithfully use the Department of Veterans Affairs medical centers for their care, whereas the larger majority seek care in civilian settings. Now, the HunterSeven Foundation team is largely comprised of medical providers, so we saw this concerning disconnect in our actual practice. After reviewing the data and statistical variations, we concluded that the perceived prevalence of post-traumatic stress occurring more than cancers and other medical conditions happened at a ratio of 19:1. What this means is that if a post-9/11 veteran walks into a hospital with complaints of headaches, night sweats, or body pain they are very much likely to be labeled as having a psychosomatic condition, i.e., a mental health disorder like PTSD.

Contrary to popular belief, many (unexpected) conditions based on a service member’s experience can alter homeostasis and create symptoms that mimic PTSD. We will share that insight with you here including what to look for, what to test for, why this condition in particular, and how to move forward in a healthy, holistic way. An accurate diagnosis is important, and to get that it takes some digging.

Just like a tree, the source of its growth is in the roots…

And of course, other conditions, like Vitamin B12 or D deficiencies, even Magnesium can have an impact that is similar to PTS. In addition to everything else, toxic exposures is always of concern. Certain toxins such as pesticides (organophosphates) and herbicides are notoriously damaging to the functionality of the neurological system. The best way to share an example is… back in the day when ACUs needed to be “DEET-dipped”, literally placed in a 50-gal. drum of liquid permethrin and then laid out to dry in the sun to forcefully embed the chemical repellant into the uniform. Seemed like a good idea at the time.

So, what to do with this information?

Simply educate yourself. You know your body better than anyone else. And if you’ve been told you have PTSD or a similar condition, but feel as if that isn’t the answer, speak up, make an appointment with your PCM or Primary Care Provider – it is okay to ask questions and seek answers. In the mean time, check out Dr. Gordons podcasts on Joe Rogan for some brain-related insight, read those two papers and grab a copy of the book, Wounding Warriors!